by The Seamus McGarvey Band 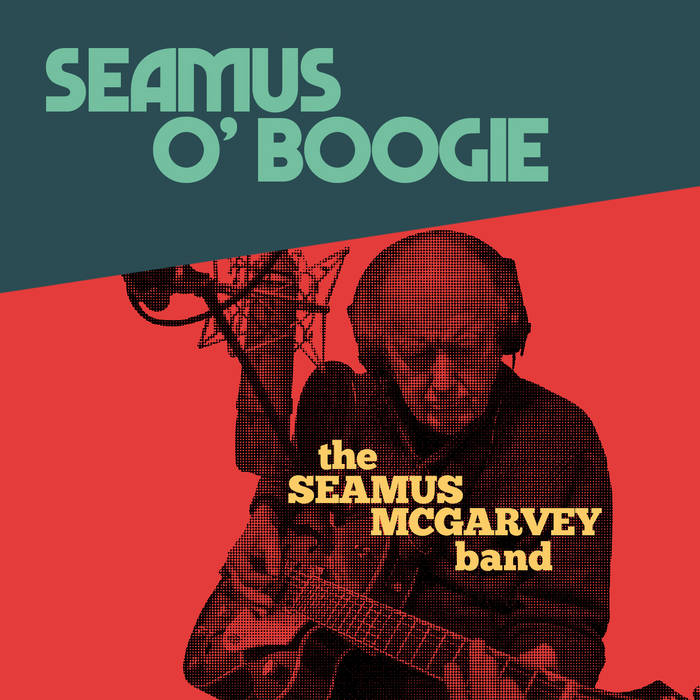 Out May 2019, Johnny Rock Records presents the debut album from this family based group, 'The Seamus McGarvey Band'. The result of a long term idea from musician Pat McGarvey (Southern Tenant Folk Union, The Arlenes) to involve his brother John (Johnny Marvel's Blues Groove) and their Dad Seamus in the making of a studio record, something they'd never done despite decades of playing together. The tracks on this release, made famous by Johnny Otis, Sonny Boy Williamson, Elvis Presley, Jerry Lee Lewis, Doc Watson and many others, have special meaning to the family as well as being some of the twentieth century's greatest songs, so listen to them together in this one 'Boogie-ing' place.

It was after the recent passing of Seamus's older brother John, his sister Colette and Pat's father-in-law Ronnie Arnott that the idea became fully realised and Pat began to seriously think about how to put the project together. The main thing was to build the song list upon his Dad's interest in music, which throughout his life had made him a record collector, amateur musician, singer with family members and frequent attender at concerts and festivals. Thinking practically it was decided to record the album in Edinburgh so John and Seamus booked their flights up from England and Pat invited two celebrated local musicians along to help - Jed Potts on guitar (Blueswater, The Hillman Hunters) and Calum McIntyre (Adam Holmes Band, Karine Polwart, Bombskare).

With a tight timescale of just two days the album was recorded in a basement studio beneath a snowed-in Leith during the 'Beast from the East' storm in March 2018. Sixteen tracks were laid down, all done entirely live with just a few takes of each song. Pat also managed, with the help of mastering engineer Mark Lord, to use an old cassette recording from 1983 to bring his late Uncle John into this up-to-date studio setting. With the sound now cleaned up and accompanied by Seamus on vocals. 'The Rose Of Mooncoin' forms the centrepiece of the album and additional tape fragments were used complete with the children's voices from that Belfast family afternoon session long ago.
Seamus was born into a small rural town community in the north of Ireland over 70 years ago where he listened to local radio, including Radio Eireann, and was taken by his older sister to concerts nearby where he saw touring performers like Jim Reeves, Hank Locklin, Chubby Checker, Jimmy 'Handy Man' Jones, Tommy Steele, Lonnie Donegan and more, developing a wide musical taste. From Irish traditional music, through Country-and-Western and Blues, to Rock 'n' Roll, R&B and Gospel music. He was further encouraged by his own father's 78 r.p.m. record collection which introduced him to names like early country performer, Jimmie Rodgers, 'The Singing Brakeman', and vocal group The Ink Spots singing 'Don't Get Around Much Anymore'.

As a college student in Belfast in the 1960s, he saw performers like bluesmen Mississippi Fred McDowell and Arthur 'Big Boy' Crudup, as well as folk-country performer Doc Watson. During the 1960s, 1970s, 1980s and beyond he set out to see as many of his musical heroes in 'live' performance on-stage as he could – including Chuck Berry, Jerry Lee Lewis, Johnny Otis and Carl Perkins. Those performers – plus his record collection - influenced the choice of the songs included in this family album, whether Blues, Country Music or Rock 'n' Roll.

Very important too were the family gatherings over the years which resulted in the nickname given by the 'children' - now with children of their own – to their uncle, of 'Seamus O'Boogie'. At these clan gatherings he first sang many of the songs on this album while his older brother John, when taking his turn, sang 'The Rose Of Mooncoin' and 'Mush, Mush, Mush Tural-i-Addy'. Both of which, from the original 1983 Belfast cassette recordings now feature on the album.

With such a strong love and passion for music it meant that over the decades Seamus was driven to meet, or see perform, artists from Irma Thomas to Jimmy Castor, James Brown to Lloyd Price, Billy Ocean to Rufus Thomas, Billy Ward to Little Richard, Don Covay to Roy Head, The Dixie Hummingbirds to The Orioles and many more besides. Now in retirement he still makes time for numerous road trips to attend concerts and festivals and this album now arrives to add a little music to his mix and underpin where this musical family is at, so please, listen to and enjoy, Seamus O'Boogie.

The Seamus McGarvey Band are:

Bandcamp Daily  your guide to the world of Bandcamp

New sounds from Mavi, Ivy Sole & Moderator, plus AJ, the One joins the show, for her latest release